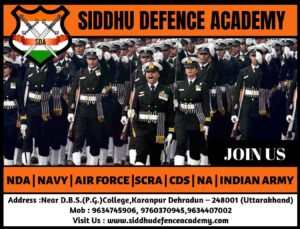 The Indian Army is the land-based branch and the largest component of the Indian Armed Forces. The President of India is the Supreme Commander of the Indian Army, and it is commanded by the Chief of Army Staff (COAS), who is a four-star general. Two officers have been conferred with the rank of field marshal, a five-star rank, which is a ceremonial position of great honour. The Indian Army originated from the armies of the East India Company, which eventually became the British Indian Army, and the armies of the princely states, which finally became the national army after independence. The units and regiments of the Indian Army have diverse histories and have participated in a number of battles and campaigns across the world, earning a large number of battle and theatre honours before and after Independence.

The primary mission of the Indian Army is to ensure national security and national unity, defending the nation from external aggression and internal threats, and maintaining peace and security within its borders. It conducts humanitarian rescue operations during natural calamities and other disturbances, like Operation Surya Hope, and can also be requisitioned by the government to cope with internal threats. It is a major component of national power alongside the Indian Navy and the Indian Air Force. The army has been involved in four wars with neighbouring Pakistan and one with China. Other major operations undertaken by the army include: Operation Vijay, Operation Meghdoot and Operation Cactus. Apart from conflicts, the army has conducted large peace time exercises like Operation Brasstacks and Exercise Shoorveer, and it has also been an active participant in numerous United Nations peacekeeping missions including those in: Cyprus, Lebanon, Congo, Angola, Cambodia, Vietnam, Namibia, El Salvador, Liberia, Mozambique and Somalia.

The Indian Army has a regimental system, but is operationally and geographically divided into seven commands, with the basic field formation being a division. It is an all-volunteer force and comprises more than 80% of the country’s active defence personnel. It is the 2nd largest standing army in the world, with 1,237,117 active troops and 960,000 reserve troops. The army has embarked on an infantry modernisation program known as Futuristic Infantry Soldier As a System (F-INSAS), and is also upgrading and acquiring new assets for its armoured, artillery and aviation branches.